I’ve seen you mention many times that bulk analysis is a good way to determine if someone is balding and that density should be the same everywhere for a non balding patient.

But I’m not convinced by this – I recently saw a well known hair transplant surgeon and he said that people typically have less density around the crown and temple areas anyway. He didn’t believe in bulk analysis for analysing hair loss.

Today I saw a male child who must have been around 8 years old. His hair was shaved short and sure enough, his temple/corner areas were noticeably less dense than the rest of his hair and this went quite a way back (I suppose to the point where someone might have suggested he was between a NW2 and NW3 on a balding scale if he was an adult). 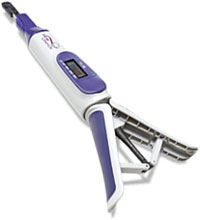 You may not be convinced of the value in measuring hair bulk, but I am not going to try to convince you.

In a non-balding man, the bulk analysis shows that the hair in the 4 areas we measure (down the midline: front, top, crown and donor area) are all within 10% of the measurement of each other. I do not measure the hair at the sides of the head, because that is not where the balding will be. I would therefore possibly agree with you that the side densities are not as high as the midline densities.

Out of curiosity, I will measure a non-balding man’s sides and see if we are both correct.