Get to know the best hair transplant doctors in the world.

Get to know Dr. Rassman.

Dr. William Rassman was educated in medicine and surgery at the Medical College of Virginia, the University of Minnesota, and Cornell Medical Centers. He did a cardiovascular fellowship with Dr. C.W. Lillehei, the man who invented modern heart surgery. He served in the U.S. Army, reaching the rank of Major and served as a war surgeon in the Republic of Vietnam. The American Board of Surgery certified Dr. Rassman in 1976.

In 1992, Dr. Rassman founded NHI Medical and quickly became a world leader in hair transplant technology, enabling surgeons to perform hair transplants with large numbers of very small grafts in single surgeries that looked totally natural for the very first time. He presented his breakthroughs at medical meetings around the world and published them in medical journals and in text books.

He developed a strong stance on the ethics as he condemned doctors using sales tactics. Dr. Rassman pioneered the large session hair transplants as he was the first to perform 2000, 3000, and 4000 grafts in single session. The Follicular Unit Transplant (1995) and The Follicular Unit Extraction technology (2002) was pioneered by him.

He is a professional inventor and holds more than 3 dozen patents which defined new ground in various fields. His greatest accomplishment was the commercialization of the Intra-aortic Balloon pump. This device is now used as the standard heart assist pump in every coronary care unit in the world, saving thousands of lives every year.

He has developed medical devices for the cardiac field and the biotechnology field. He has also received two software patents for complex scheduling systems and an approach for displaying complex data in databases.

Over the past 24 years, his curiosity led him to develop and patent surgical tools for hair transplantation (16 patents) and the use of a robot for hair transplantation (now the commercial ARTAS System). He presents scientific papers before national and international societies on a yearly basis, as well as writing chapters in textbooks in the fields of cardiology and hair replacement. He is the primary author of Hair Loss and Replacement for Dummies.

He has been recognized for contributions nationally and internationally in various fields. In 2003, Dr. Rassman received the most prestigious award in the field of hair replacement, the Golden Follicle Award. He was named the most outstanding hair transplant surgeon worldwide by the International Society for Hair Transplant Surgeons.

Dr. Rassman is challenged by problems of any type and continues to pioneer new tools and techniques in both his hair restoration practice, in his biotechnology company and in the field of Scalp Micropigmentation (a new cosmetic technique he and his partner Dr. Jae Pak pioneered in the medical field). His innovation defining the FUE process worldwide has become the standard of care for hair transplantation today.

He is motivated to make a difference in whatever he does. He strives to be the best and is never satisfied with the status quo. “There is always a better way to do it” is his motto. He is a visionary and has never allowed his goals to be limited by current thought on any subject, always thinking out of the box.

Come visit an Open House. Meet real patients who have undergone an SMP procedure. See real results in person, share your questions and concerns, and get feedback from those who have been through the struggle of hair loss.

Schedule a phone or in-person consult today with Dr. Rassman for Topical Finasteride and Hair Restoration. 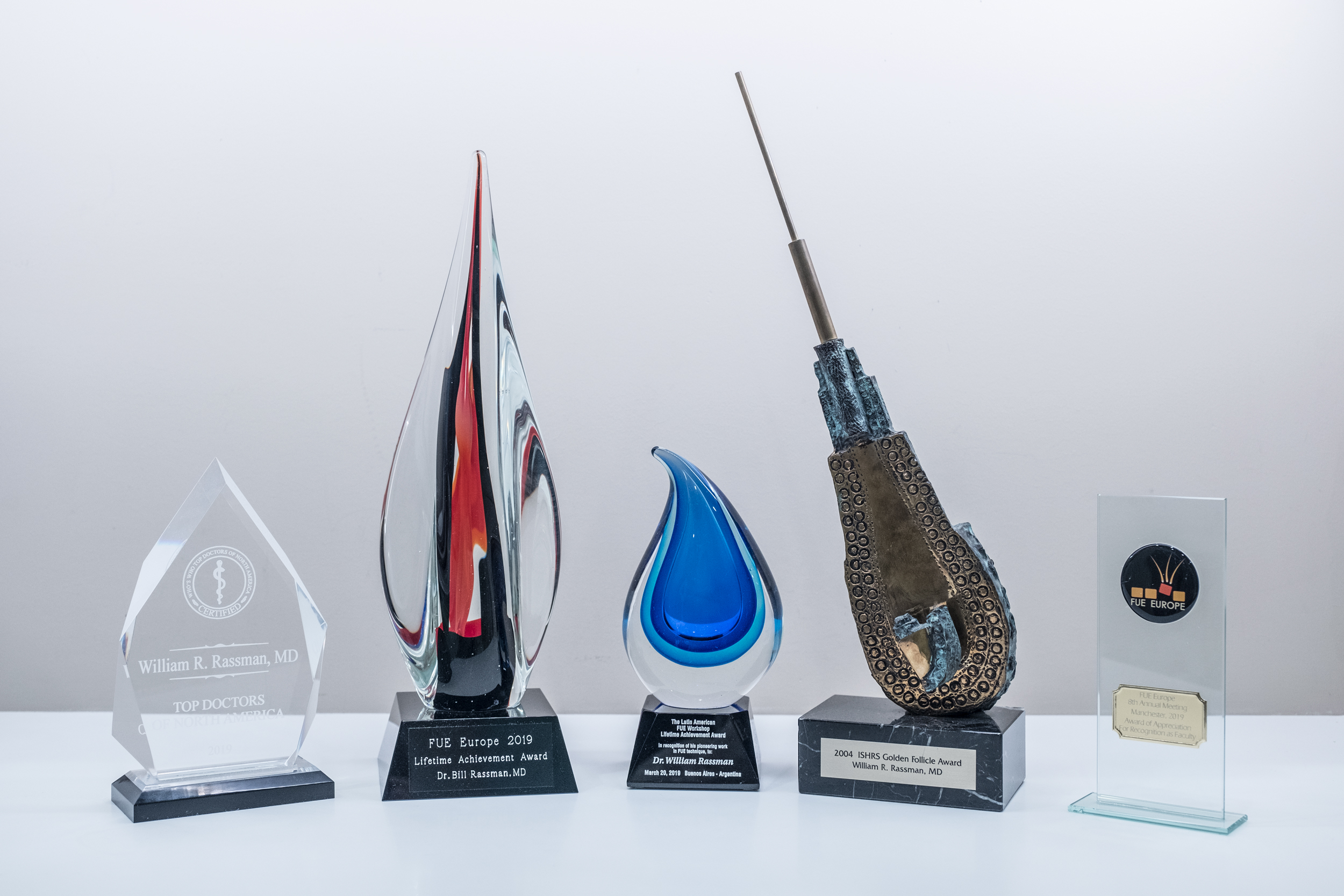